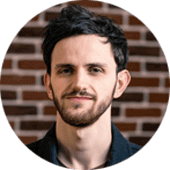 Cristian Tamasco-founder, cmo
Have something to say? Write with us.

Identity theft and password hacking have become two of the biggest concerns for individuals and businesses worldwide. Unfortunately, typical forms of login authentication, including two-step SMS, are not strong enough to prevent data breaches.

We could all start using outer retina or fingerprint scanners, but that requires an expensive external add-on that could still potentially get hacked. Instead, behavioral biometrics can boost online security without the need to spend much money on new equipment.

What is behavioral biometrics?

Your password could easily be hacked, but your personality and typical behavioral patterns are almost impossible for someone to steal. Therefore, behavioral biometrics is one of the most notable and secure methods of additional online authentication.

Although behavioral biometrics aren’t going to replace your password, adding this extra layer of security will make it easier for your sensitive data to stay private. It’s similar to having two locks on your door instead of just one. If one lock, or password, is broken, the other one can still prevent someone from breaking in.

Typing is a common form of behavioral biometrics, but there are also several other techniques that can be used. For example, tablets, wearable technology, and smartphones come equipped with sensors that can read everything from how quickly you swipe the screen to how you hold your smartphone. Behavioral biometrics can also utilize data such as what method you typically use to transition between typing fields and what time of the day you usually access relevant sites.

Whether you realize it or not, your typing speed and style are unique, just like your fingerprints. No one else is going to be able to easily guess, or emulate, the way you behave when you’re encountering online forms, login pages and anywhere else that requires you to type or interact with something. This provides an extra layer of security that cannot be stolen during a data breach.

How is behavioral biometrics being utilized?

When employees and contractors work remotely, both companies and government entities want to prevent malicious actors, and secure endpoints with typing biometrics.

The U.S. Defense Advanced Research Projects Agency (DARPA) first began discussing the possibility of using behavioral biometrics for their team members back in 2012. Since then, typing biometrics technology has evolved rapidly. It’s now possible for people to log into equipped websites by inputting a typing sample that’s shorter than a tweet instead of using a password.

What is the future of behavioral biometrics?

We believe that behavioral biometrics continues to evolve in new and exciting ways. After all, this authentication method has only recently started to gain attention outside of DARPA and other government agencies.

The future possibilities seem endless, including using a behaviorally based typing sample to access physical spaces as well as online accounts. Perhaps these biometrics will even eliminate the need for a PIN that is used by debit cards and ATMs. Either way, it’s clear that behavioral biometrics have a big future in the civilian sector. For example, eliminating password sharing alone would save companies up to $500 million per year.

The role of typing biometrics

We’ve mentioned typing biometrics a few times, and it’s one of the key aspects of behavioral biometrics. Sometimes referred to as keystroke biometrics, keystroke keyboards or keystroke dynamics, this form of authentication is truly the easiest available because all it requires is the user’s existing keyboard or smartphone.

At TypingDNA, we’ve opted to use the name typing biometrics because we feel that this more accurately encompasses how the technology works. Additionally, it’s easier for users to associate the term “typing biometrics” with something they already do daily: type on their keyboards.

No matter what you call it, though, this version of behavioral biometrics is quickly expanding. In fact, experts estimate that the industry will reach an annual revenue of almost $800 million by 2020. Adopting this security method right now can reduce your company’s fraud risk, which will also help boost consumer confidence.

To learn more about how TypingDNA can protect your business against identity fraud, check our continuous authentication solution, frictionless 2FA, or try our authentication API.