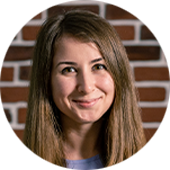 Madalina BurciChief Developer Growth @TypingDNA
Have something to say? Write with us.

Once upon a time… two months ago,

We had the TypingDNA Hackathon challenge to throw,

And used every communications medium to raise the hype:

“What would you do if you could recognize people by the way they type?”

The news travelled fast, and many adventurous spirits appeared,

More than 600 hackers to the cause adhered,

Six weeks later, after much code,

They were all great, a pleasure to watch and test,

To have received so much, both ideas and implementations,

After debating, seven projects were selected,

The ones with which most people clicked and inspected.

A big thank-you to those who judged and voted,

All your thoughts were duly noted!

For starters, the popularity choices,

The project that secured the real voices,

Among Us, Devpost Community Award,

Talking about Social, Impact was there as well,

Does ChatAppNoDrive ring a bell?

If not, it’s an app that detects if you text while driving,

And notifies recipients and asks them to stop typing.

What about Business Potential, you may ask?

This one right here was no easy task,

There was ProctoPro, another project that did wonders,

We couldn’t skip the WOW factor,

There were enough projects to write a whole chapter,

But the one that took our breath away,

Now, for the big prizes, we start with third,

Transferring Bitcoin from person to person without a care.

Giving all your identities their own space,

Using sentiment analysis to determine the state of mind,

So as to ensure no identity gets left behind.

Typdf captured our minds and hearts,

Taking home two of the awards at the top of the charts,

Signing docs with your typing pattern,

Brought it first place and the TypingDNA Popularity on a platter.

If you want to get in the hackathon zone,

Make custom wallpapers all on your own,

And read below some judges’ and participants’ quotes:

“This hackathon reminded me once again how nice it is to build upon a passion and how important it is to have great people to learn from along the way.”

“TypingDNA is impressive and user-friendly. In fact, I could build an application using their API in a couple of hours!”

“Loved being part of the Judging Team for the TypingDNA Hackathon. The idea of Frictionless authentication based on how you type is super original and there were so many incredible use cases posited by the Hackathon entrants testing the limits of the API. My favorite one was around the idea that there would be a different typing pattern if someone was Texting whilst Driving – using the API for behavioral analytics rather than authentication. But each of the Judges had their own preferences and we spent a good while arguing over which deserved the prizes. In the end, TypingDNA decided to give out a few more prizes, just to pacify the judges – but even so, there were so many entrants that worked really hard to produce their solutions and we wished we could have told them all how impressed we were with the work they had done.”

“TypingDNA is one of the APIs I’ve been keeping an eye out forever since I first saw it in action, a few years ago. The potential for fingerprinting people based on the way they type is amazing, and I think someday it’ll be ubiquitous.”

“This hackathon was so engaging that it was the first time I underestimated the duration of project development and yet this turned out to be a very pleasant reality. The best part followed the day after the hackathon ended when once we started promoting the application, we received dozens of thanks messages from real users – those for whom we created it. It’s not about how well the app is written, it’s about how much it can change people’s lives – for the better.”

“This was my very first Hackathon and I loved it! After seeing what TypingDNA can do, implementing and using it was both challenging and fun. Overall I had a great experience and I am very proud of my result. 10/10 would do it again! :)”

“Thanks to the TypingDNA hackathon, my team and I were able to develop competencies and skills that school can’t teach you. It was such an eye-opener when it comes to what the world of computer science and engineering can offer to young students with endless ambition.”

Webinar about the future of authentication